Martyn Wyndham-Read has been involved with folk music for over 60 years. In his late teens he left his mother’s farm in Sussex, England and headed off, with his guitar, to Australia where he worked on a sheep and cattle station, Emu Springs, in South Australia. It was while he was there that he first heard the old songs sung by some of the station hands and became captivated by the character and atmosphere of these songs and the need to know more of them and where they came from. His first time back in Australia for many years. Not to be missed. 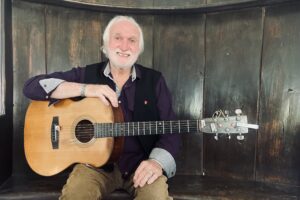