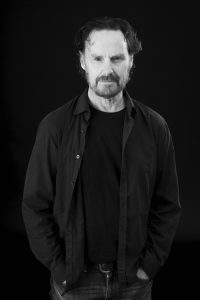 Another most welcome return act. Neil Murray was a founding member of the pioneering Warumpi Band, and has since released a string of remarkable solo albums – the latest being “Hindsight”- a 2 CD back catalogue selection. He received the 1995 APRA song of the year for “My Island Home” and in 2017 was made the Port Fairy Folk Festival Artist of the Year. Both “My Island Home” and Jailanguru Pakarnu- (Out From Jail) a 1983 co-write with Sammy Butcher in the indigenous Luritja language- have been included in the National Film And Sound Archives- “Sounds Of Australia” series. Widely covered, his song writing is diverse and influential and in concert, accompanied by renowned guitarist Damien Neil, he always captivates and inspires.